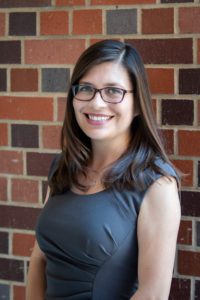 Dr. Sandoval has over 16 years of experience in Residential Life, Housing, and Student Affairs working at UC Riverside, Cal Poly San Luis Obispo and USC. She took a break from a traditional campus during the Fall 2012 semester and sailed with Semester at Sea as a Resident Director traveling to 11 different countries and 14 different cities. She is highly involved in the Western Association of Colleges and University Housing Officers (WACUHO) having served on the executive board for three years and chaired several committees over the past sixteen years. She began her term as President for WACUHO in July 2019. One of her passion areas is pop-culture, specifically the geek/sci-fi genre. Combining this passion with higher education and her work in student affairs, Emily has presented at San Diego Comic-Con International several times with colleagues from across the nation focusing on how to build community through geek culture on college campuses as well as use it as an education tool in trainings and discussions in and outside of the classroom. Dr. Sandoval has also presented nationally and regionally at conferences focusing on student affairs and residential life.

Dr. Sandoval earned a B.A. in English Literature from UC Riverside and a M.Ed. and Ed.D from the Rossier School of Education at the University of Southern California.